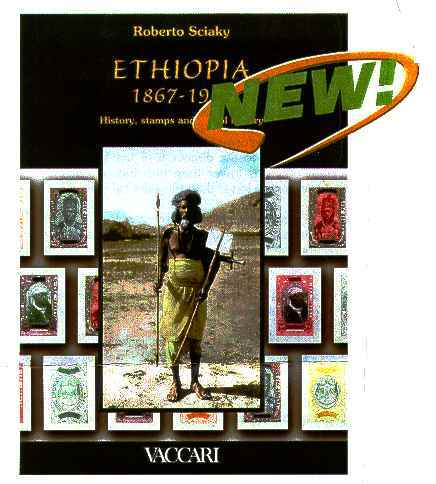 In the last few years Ethiopian philately has aroused more interest than in the previous ones and this is due to the enthusiasm of some collectors and the activity of some associations. In this book the author has put together all the information collected from available sources adding also elements derived from his personal experience, research and discoveries. Inter alia, he studied the postal rates of the period 1895-1936 up to the Italian invasion, a difficult task due to the difficulty to reconstruct the main rates. This is due to the scarcity of documentation and availability of covers as well as the ontradictory information, which can be deduced from examination of covers. Some of the information here reported contradicts many important catalogues. They need some revision and updating in particular as dates and definition of the issues are concerned. In addition some catalogues ignore some issues which are rarely found on covers and report some issues which now are considered as fake or illegal. There are also some outlines of Ethiopia's history so that the collector can see the link between historical facts and the reasons for new issues. At the end of the book the appendices report hard to find information on topics such as cancellations, postal rates, sales of stamps of the early period and so on. English text.

The Rest of The Series !

Return to the Previous Page, please use your Back Arrow