Our first book, Dave Baker's The Postal History of Indiana appeared in 1976 and our second in 1982. We are now on schedule and expect to publish a number of fine new books. We hope to issue one new book per year and promise that each will be a truly fine work.

We attempted to revise the old custom of issuing a true deluxe edition for each new book and did so on our Starnes, Cooper, Rowe and SUEZ books. By a true deluxe edition we started with the book itself; there are text changes and corrections, the addition of a Colophon to give publication details and bear the author's and publisher's signatures in addition to the copy number. The paper is different, a fine rag, requiring the presses to be re-set. Each volume was finished with a fine hand binding by a renowned bookbinder. Our Starnes book was bound by Adolphus, the edition of 25 was the first time they have ever bound over 15 copies of one work. Alan Grace did SUEZ.

At the end of this section we list a few of the titles that we did not publish but we own or have exclusive distribution in the US, etc.

Peter Winter's, "Swan Song" Memories of an Artist and "Forger" by Wolfgang Maassen The English edition arrived August 2nd and all advance US orders are now shipped, the foreign will goout this week. The fascinating life of an Opera Singer and Forger, and the philatelic reproductions as he considered them and forgeries as we collect them. It is most welcomed to get real information on a modern forger. This book is Peter Winter's operation in the 1980's through the end. His now rare 1985 and scarce 1988 catalogs are illustrated, an invaluable reference value. A scholarly study with much formal analysis with other previously not published information on his "second copy" of the British Guiana 1c Magenta.

A must book for the forgery collector and some one that wants to know more and collect the authentic stamps, a good read. His forgeries on the web can look extremely enticing but in many cases when in hand the paper is not right and evident by a serious collector, when gummed they become more deceptive, there are exceptions! A CD showing my mounted collection is also included. 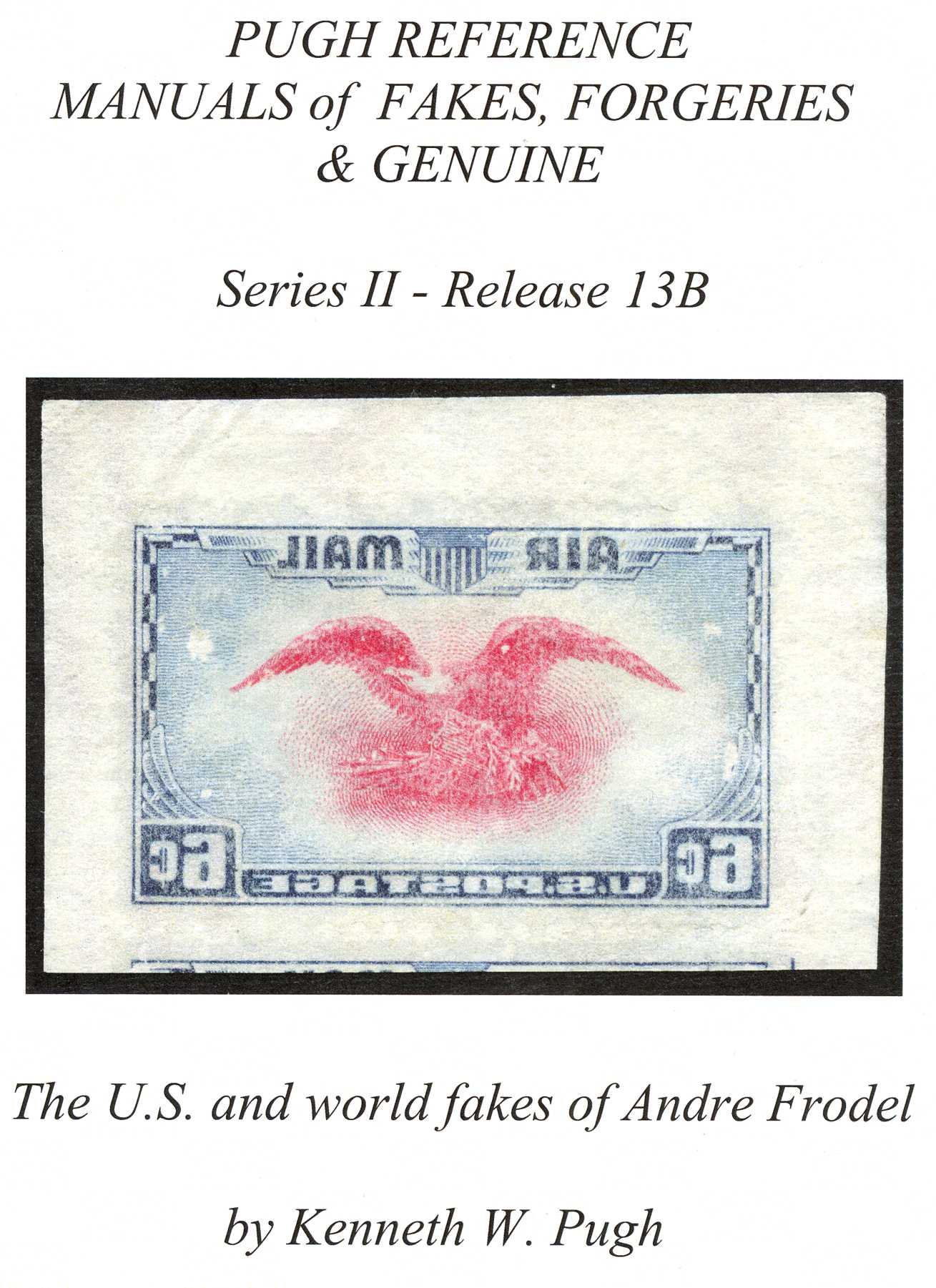 The U.S. and World Fakes of Andre Frodel by Kenneth W. Pugh It covers some of his fakes and a good picture of him and the production, mostly fakes of 20th century U.S. stamps by manipulating authentic stamps, these fakes are quite deceptive. I have recently come across two CSA fakes that were superbly re-backed and may have been his work, 2021, 51 pages, full cover, on heavy paper, loose leaf and punched for standard 3 ring binder, binder not included, We did not produce this book but have a exclusive for the USA except for copies obtained from the author, $40.00

This book has much more US interest than I anticipated, it is per the title "Spanish Colonial mail in the United States". One cover originated in Spanish Illinois, St. Geneveive, entered the US mail in Lexington, Ky, 1797. By page count: Texas 60, Louisiana 44, California 52, Florida 82, etc. In English and Spanish, right column is English and the left in Spanish. Well illustrated with covers and maps. 2021, 342 pages, in full color, card bound, a total edition of 230 copies of which 100 are available in the US. We didn't publish but have a US exclusive $72.00 + $4 part postage.

Indiana, The Postal History of Indiana by J. David Baker The definitive work on Indiana and a fine guide for any state. Useful and enjoyable for both the collector and the scholar. 1976, two volumes, 1,100 pages plus microfiche, cloth, edition 750, $75.00

United States Letter Rates to Foreign Destinations, 1847 to GPU-UPU by Charles J. Starnes Detailed rate tables from the U.S. to every country in the World for all mail systems with appendices covering British Treaty Mail via Marseilles, French postal charges, Bremen transit charges, UPU entrance dates, etc. Because of a printing error we destroyed 135 copies of the 1990 edition thus the low printing.

Fresno and San Francisco Bicycle Post of 1894 by Lowell B. Cooper, The suspension of Mail Service arising from the American Railway Union (ie Pullman) strike. Detailed study of Banta's postal and philatelic local. The Wells Fargo activity during the ARU strike are also covered. Being our own publication we are most prejudiced but we think you will find it an interesting story of a legitimate private post with some fascinating fraudulent philatelic activity. The story is still not complete but nothing new has appeared since the publication of this book. 1983, 152 pages, 100 illustrations, cloth, edition of 500, $50.00

The Postal Markings and Postal History of The Forwarding Agents by Ken Rowe The 1996 edition is a complete updating containing 400 changes in listings and 1,200 new agents, 80 more cities. We have a search file to find agents if you do not know the city or the marking is incomplete, it is on the INTERNET through our home page at http://pbbooks.com or on a disk with the book. The 1984 edition contains a listing by 1st surname which is not in the 1996 one as it is replaced by the computer.For more details on the Forwarding Agents

Confederate States of America, Philatelic Subject Index and Bibliography, 1862-1999 by Richard H. Byne An index and bibliography with no comparison in American philately. Over 8,200 books, articles, auction catalogs, show programs, etc. are cited giving the basic description. These items are referred to in over 25,000 references by subject. Appendices cover abbreviations, authors, publications and illustrations.

Volume I covers the literature for the 1862-1984 period, Volume II covers 1985 - 1999 plus a few year 2000 listings and any listings from the earlier period that have just come to our attention.